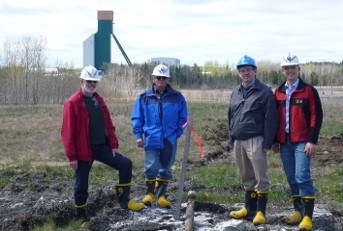 The Alexander Property is situated within 2 kilometres of more than 28 million ounces of gold from past production and current resources. The property is of ample size to accommodate a high-grade gold deposit at depth as a repetition of the adjacent deposits at Evolution Mining’s Red Lake Gold Mine (formerly Goldcorp’s). Additionally, the property is within 400 metres of Goldcorp’s Far East Zone gold discovery.

The stratigraphy under the property remains essentially untested below 700 metres depth.  The richest gold bearing ore zones exist below a vertical depth of 1,300 metres in the High Grade Zone at the Red Lake Gold Mine which is less than 800 metres from the property boundary.

Conquest’s target on the Alexander claims is an extension, or repetition, of the mineralization at the Red Lake mine. The Red Lake mine is claimed by Goldcorp to be the richest gold mine in the world with approximately 28,000,000 ounces of historic production and current reserves. 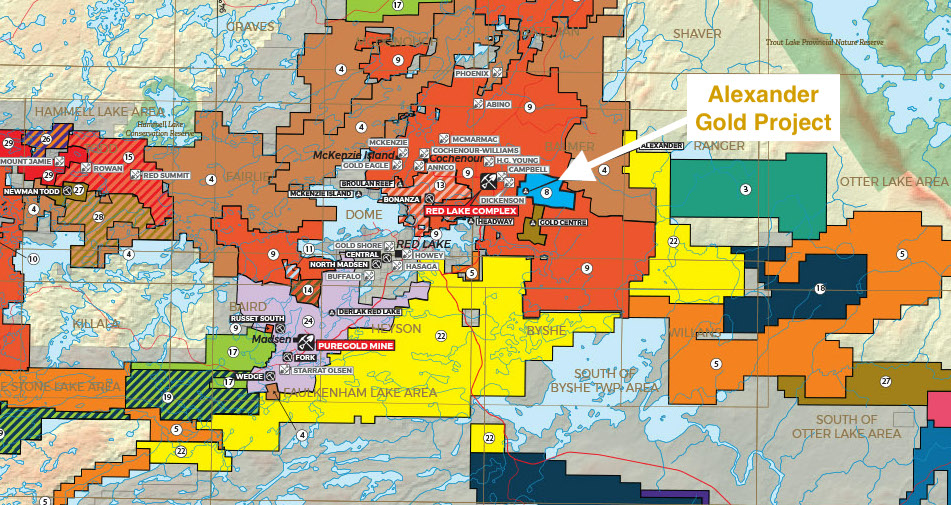 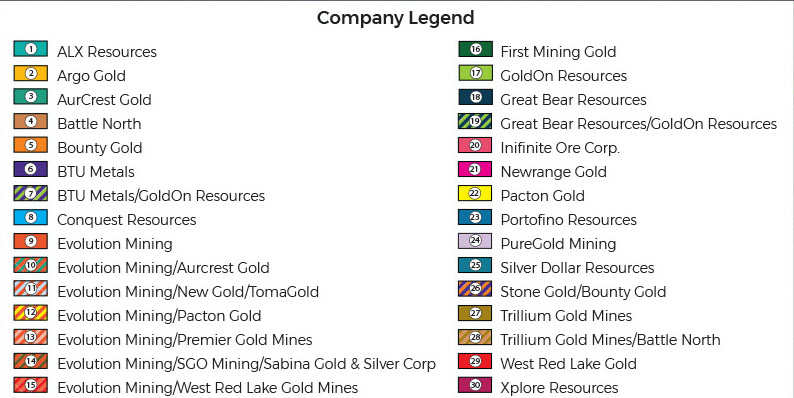 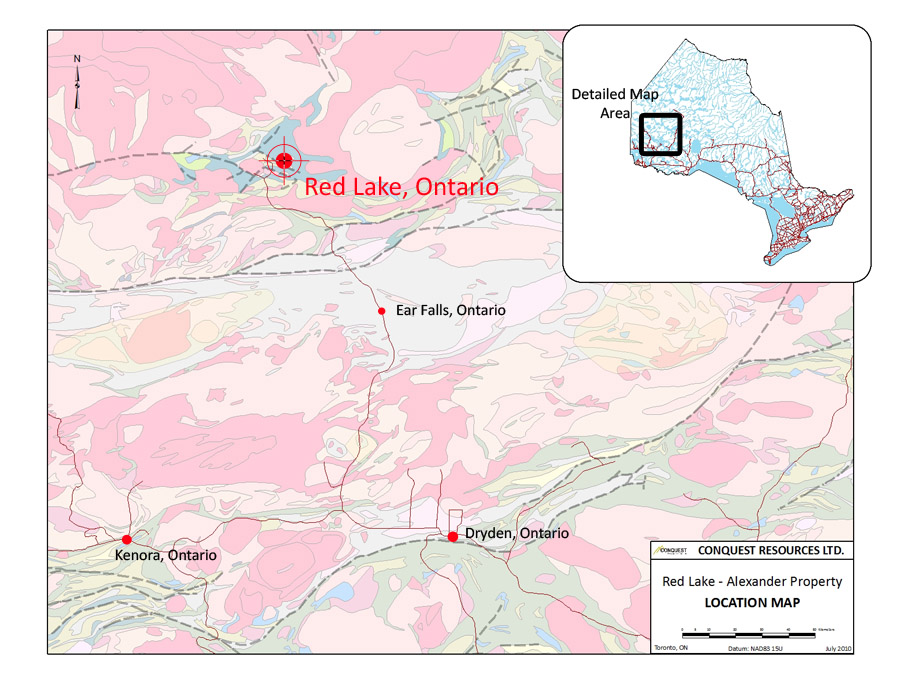 The geology of the area is complex at regional and property scales where at least three phases of deformation and at least two mineralizing events have been recognized.  An abundance of industry-led and academic-focused journal articles, thesis projects, and government/industry collaborative study efforts have characterized the unconventional and spectacularly high-grade gold deposits of the Red Lake mining district.

Mineralization at Red Lake is controlled by the structural setting of the area, which has acted as conduits for gold emplacement and remobilization, and by stratigraphic units whose folded complexities have uniquely acted upon the mineralizing fluids as physical and chemical traps.  The immense volume of hydrothermal fluids and the resulting high-grade concentrations of gold in the Red Lake mining district are the topics of ongoing research which has yet to explain the cause for exceptionally high-grade, Archean-aged, structurally-controlled, greenstone belt gold deposits in this locality.

Economically viable gold mineralization in the area tends to form in moderate to steep south-dipping and westerly raking lenses which at the Campbell, former Dickenson and High Grade Zone deposits have been demonstrated to form spatially “stacked” lense deposits.

Much of the early work in the district during the 1940’s focused on near surface quartz-(carbonate)-pyrite-(arsenopyrite±galena) vein hosted gold showings.  Early prospecting, drilling and inexpensive shallow development work led to further discoveries of gold showings that are now recognized at Campbell and Red Lake as the surface expressions of much larger, deep-seated gold deposits.

Throughout time, exploration in the Red Lake mining district has become increasingly more expensive due to the increasing depths to which complex drilling programs must be executed.  These exploration programs require extensive financial backing and long-term support from the investment community.  The bulk of the detailed exploration resulting in the discovery of gold resources continues to stem from exploration guided by the ongoing mining efforts from the sole gold producer in the camp, Red Lake Gold Mines of Evolution Mining.   Several companies have joint ventured projects in the vicinity of the mine proper, and the resulting relationship in combination with the exploration potential due to proximity is leveraged to create drilling exploration programs of significant size to make gold discoveries.

Since the acquisition of the Red Lake Alexander Property in 2002, Conquest has completed a total of 31,086 metres of surface exploration diamond drilling in fifty-five (55) drill holes.

During 2003 and 2004, 6,088 metres of drilling comprising twenty-five (25) drill holes were completed during a drill program designed to test near-surface geophysical and soil geochemical anomalies.  This drilling is summarized in a report entitled “Technical Report on Exploration” which was prepared and filed on SEDAR following completion of drilling in April of 2004.  An additional 2,073 metres of drilling comprising seven (7) drill holes were completed during Winter 2004, the results of which are discussed in a Technical Report entitled “Technical Report on Exploration at the Alexander Gold Project in Red Lake, Ontario” dated November 21, 2012.

Concurrent with the planning of Conquest’s 2009 and 2010 surface exploration diamond drilling programs, an exploration program was conducted by Goldcorp on Goldcorp’s mine claims located immediately adjacent to the western Alexander Property claim boundary.  As part of that program, four (4) exploration drill holes were collared on the adjacent Goldcorp owned property at surface, which intersected the Conquest Alexander property boundary at depth.  One of these located a significant gold intersection of 4.97 gpt gold over 1.82 metres, including 14.25 gpt over 0.61m.  This program was conducted entirely by Goldcorp during the fall months of 2008 without Conquest supervision.  Information pertaining to those hole segments which lie under the Alexander Property, which totals 1,911 metres of drilling, was provided digitally to Conquest by Goldcorp.

During 2009, Goldcorp also provided Conquest with regional and property scale airborne geophysical data interpretations.  The information was supplied in graphical form as coloured contour maps at the property-scale over the Alexander claim group and portions of the area immediately surrounding Conquest’s claims, which are currently owned by Goldcorp.

During 2009, Conquest completed 4,200 metres of drilling in a six-hole diamond drill program where gold mineralization was intersected in all six exploration drill holes.  This program doubled the vertical profile of the known geology to a vertical depth of 730 metres and intersected numerous sheared and altered lithologies containing 1.0 to 9.4 g/t gold over intervals of one to two metres in thickness.

Conquest continued to drill throughout 2010 in its second phase of deep exploration drilling.  The Company completed 9,030 metres of drilling including 7,755 metres under the deep western portion and the balance on the Sulphide Shear Zone in the central portions of the property.  The Sulphide Shear Zone is a zone of sulphide mineralization in the central part of the property with associated gold values.  Several narrow intersections of high grade gold (up to 17.6 g/t gold) have been encountered in relatively shallow drilling within quartz-carbonate veins and intrusives that are spatially associated with the hydrothermal conduits created by the development of shear zones.

During 2011, Conquest completed a further 9,802 metres of NQ-sized drilling.  This drilling focused on three areas.  The deep target area under the western portion of the property was in-part tested by a parent and wedge hole pair of drill holes collared from Goldcorp’s Red Lake mine property which crossed on to Conquest’s Alexander Property at depth.  A sulphide bearing shear zone in the center of the property, named the Central Sulphide Shear Zone, was tested at depth with three (3) drill holes to hole depths of 1,479 metres.  A third area was tested with four (4) holes to depths of 1,095 metres following the discovery of a sulphide-bearing shear zone independent of Conquest’s Central Sulphide Shear Zone which was named the Eastern Sulphide Shear Zone. 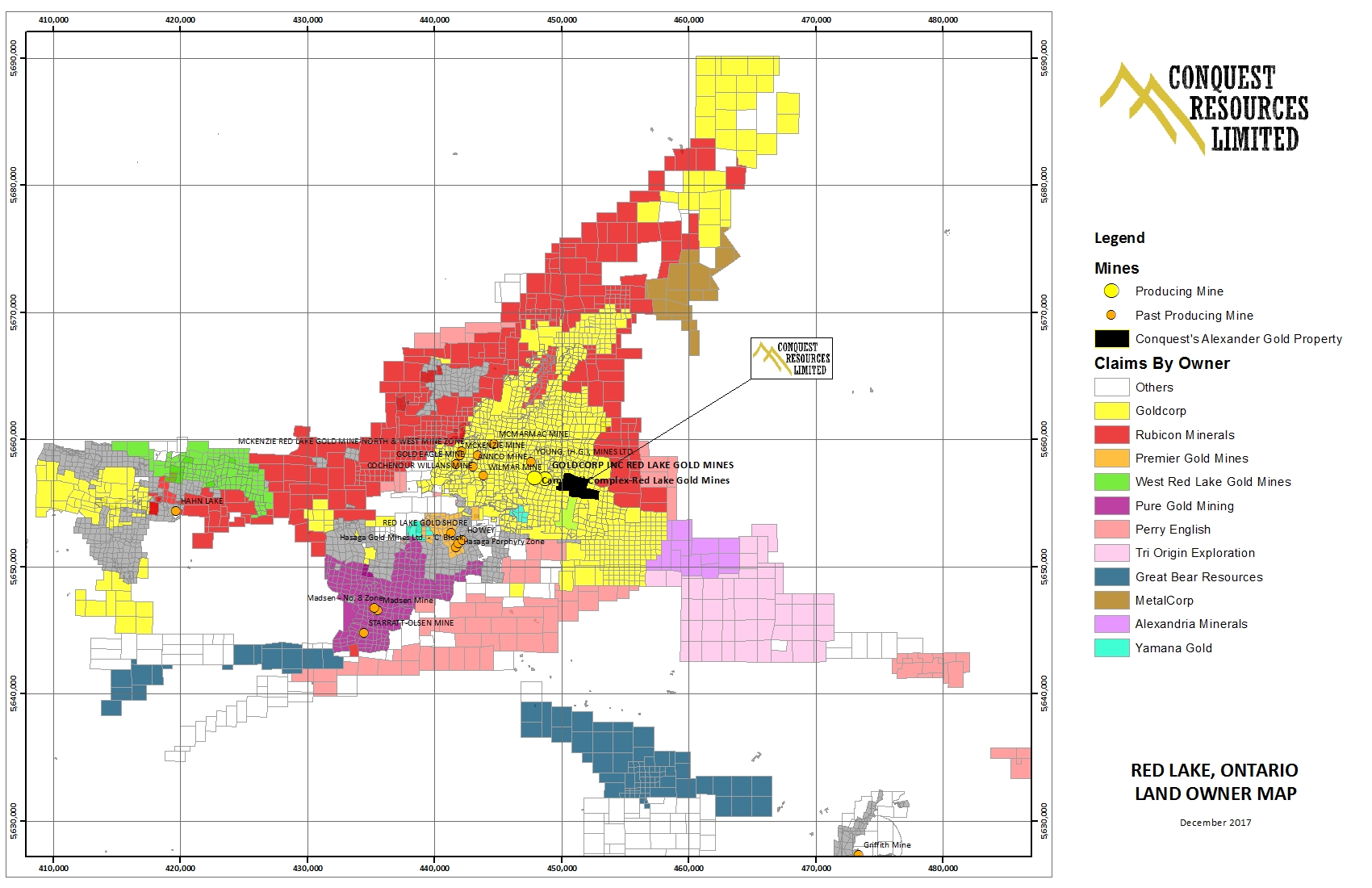 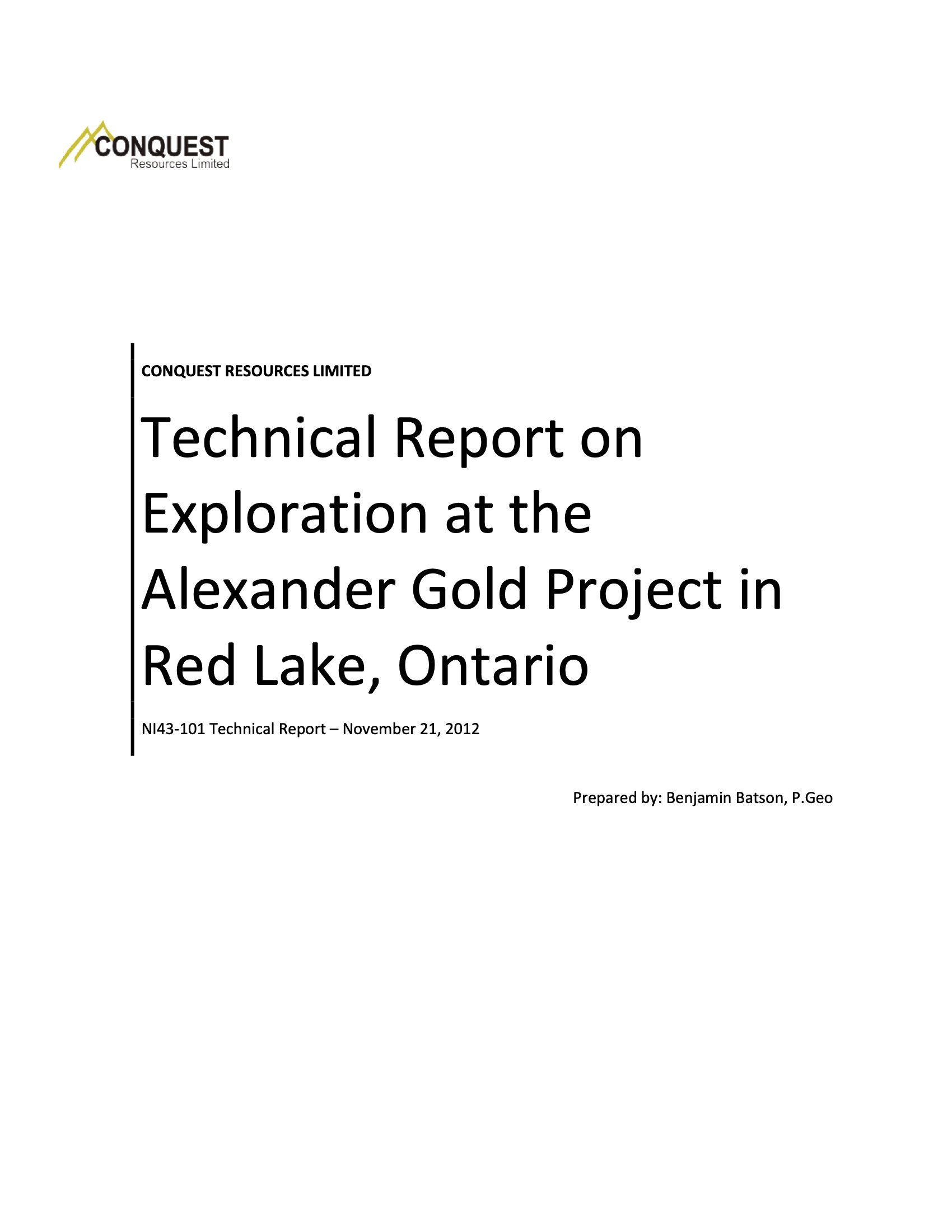 Additional work is recommended to fully evaluate the mineral potential of the Alexander Property due to the close proximity of the Property to the world-class gold deposits at Red Lake and on the basis that anomalous gold mineralization has been located through drilling and trenching on the Property at shallow depths, while mining and exploration activities by Evolution Mining at the adjacent Red Lake mine continue to successfully add resources to the gold reserve on a yearly basis.

Gold mineralization at the adjacent mines is very deep and is often not identifiable in the structures which are present at surface.  Recommendations have been made to acquire the underlying data of the 2008 airborne geophysical survey by Goldcorp which should be integrated into a new geophysical interpretation of the Property for the purposes of target generation for future drill programs.
Exploration programs on the Alexander Property have been limited in size and scale due to the limited availability of funding.  A property-wide, extensive deep drilling program of 20,000 metres of drilling combined with down-hole electromagnetic and induced polarization geophysics will provide the best chance of making a gold discovery of significant size at depth under the Alexander Property. 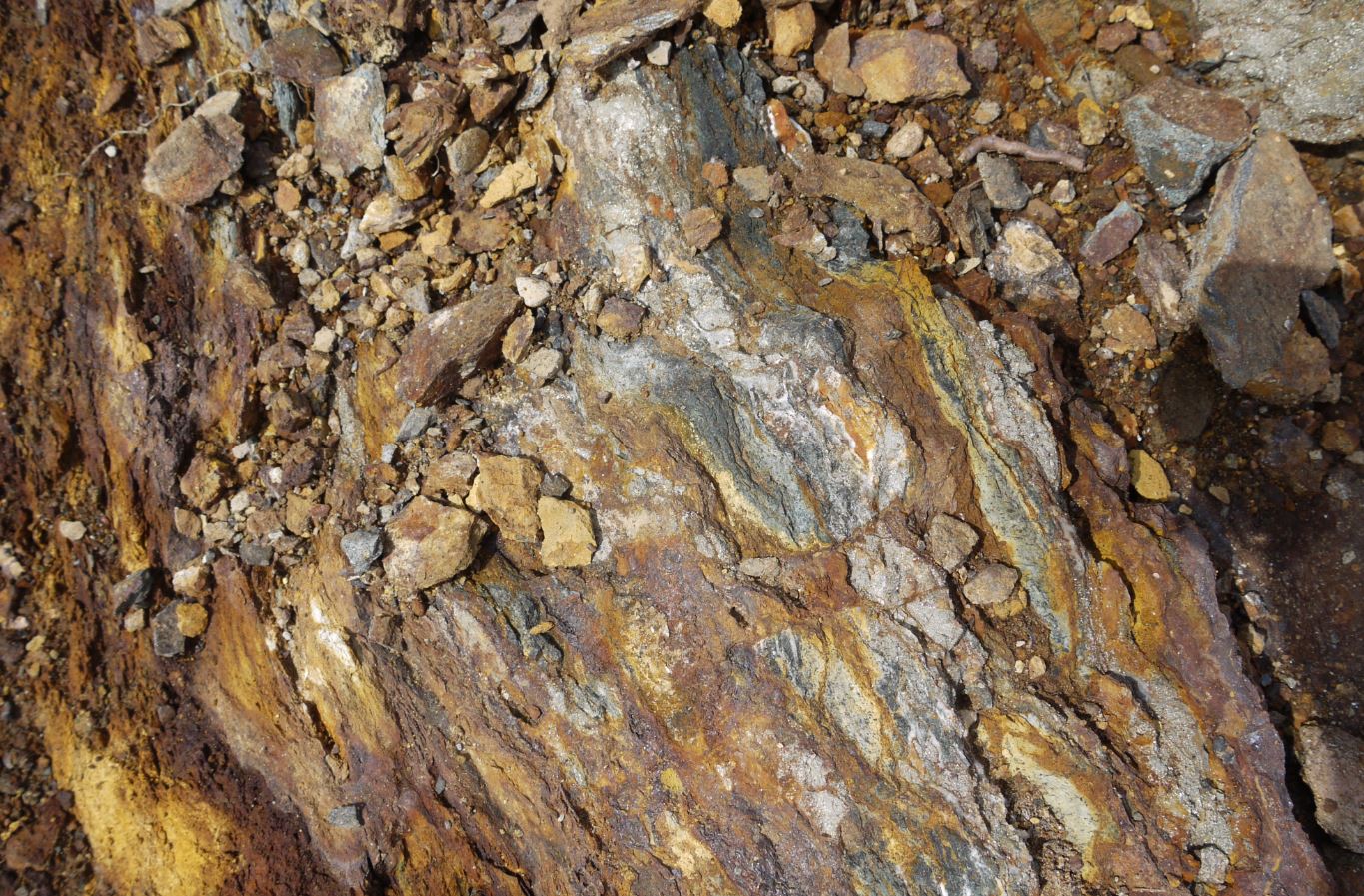 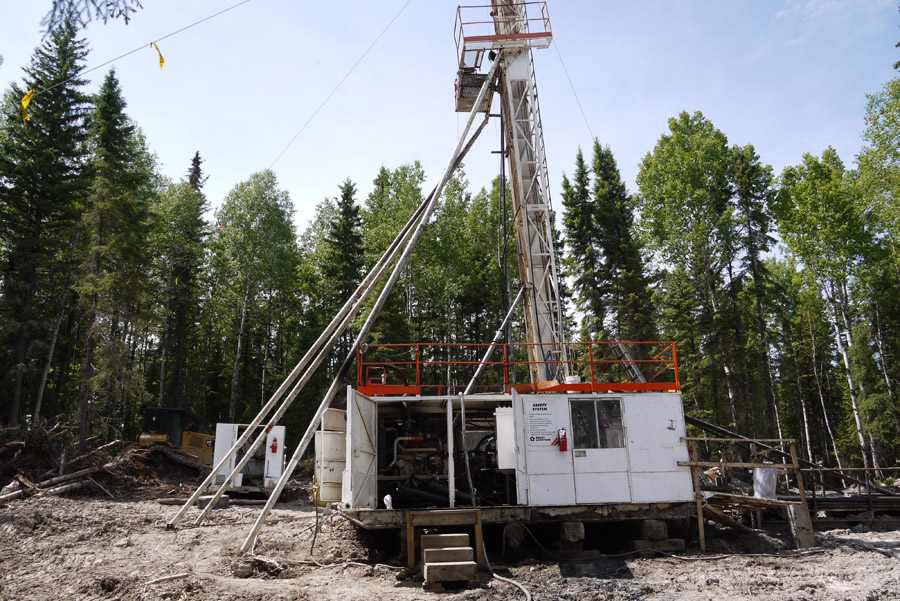 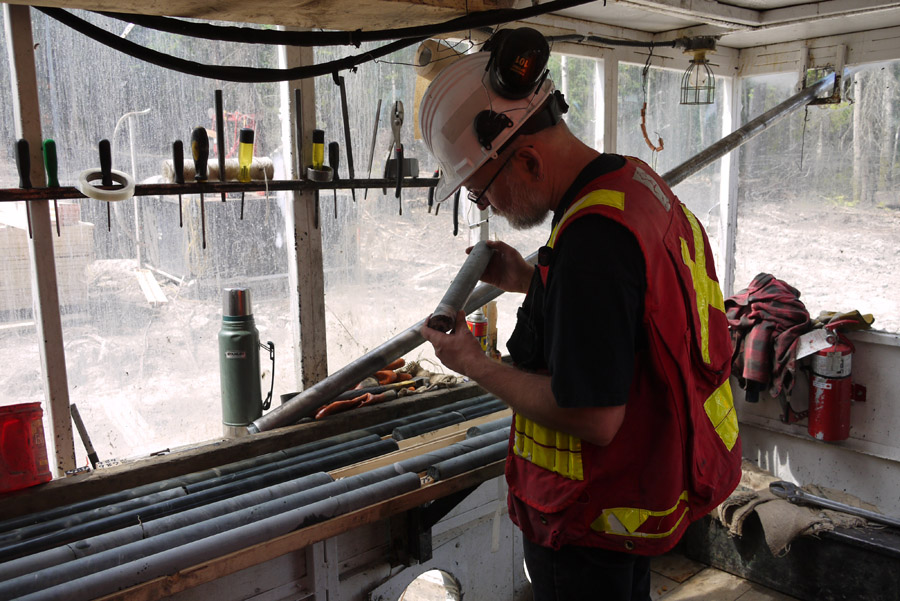 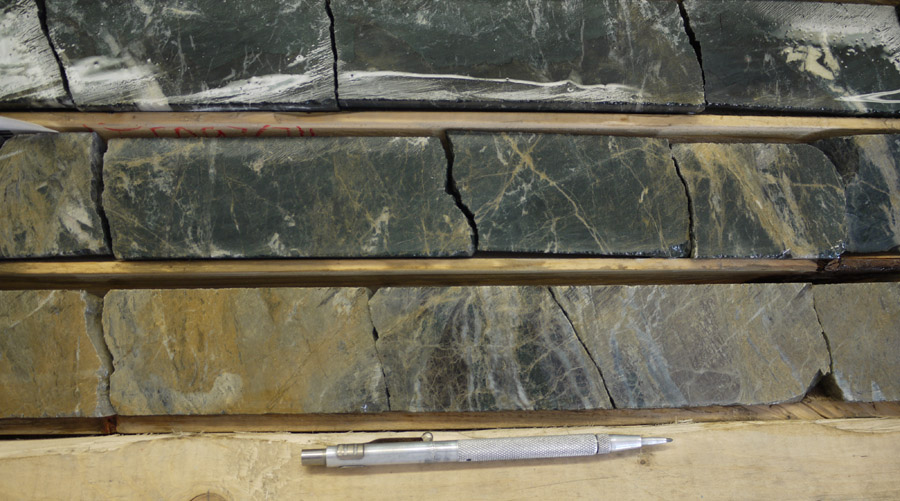 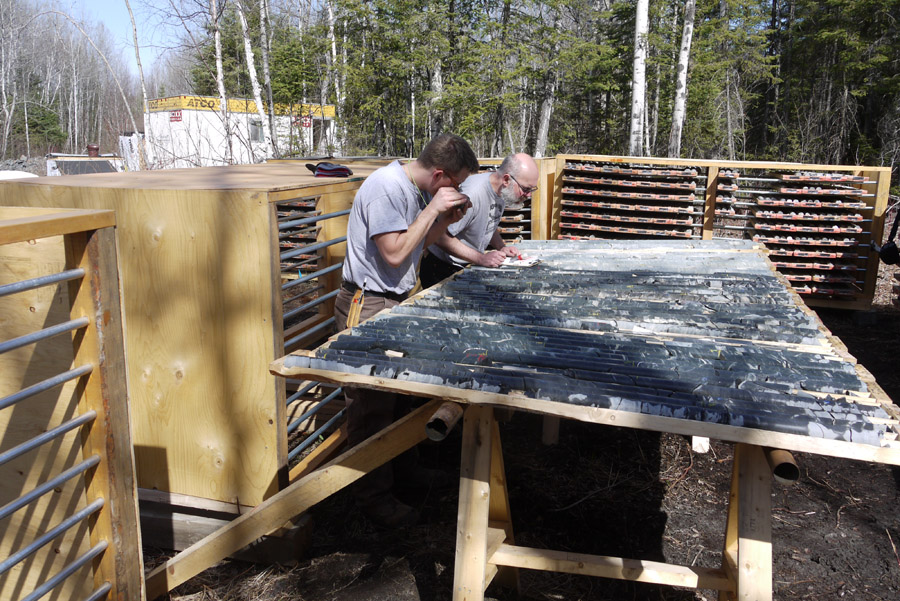 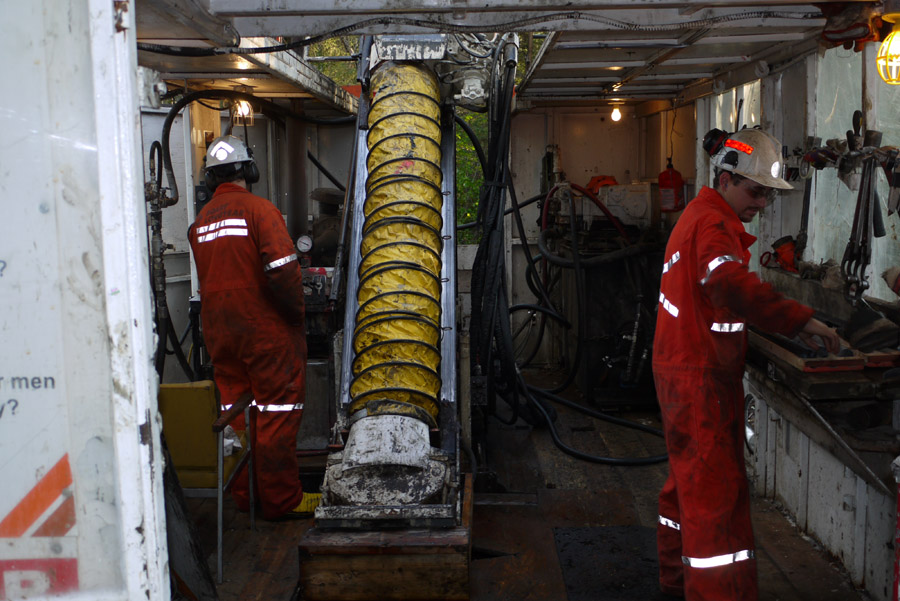 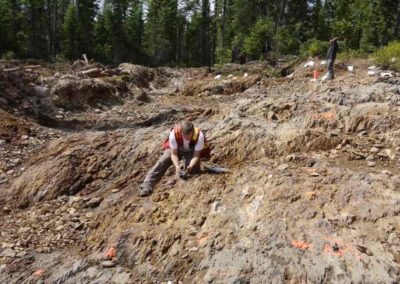 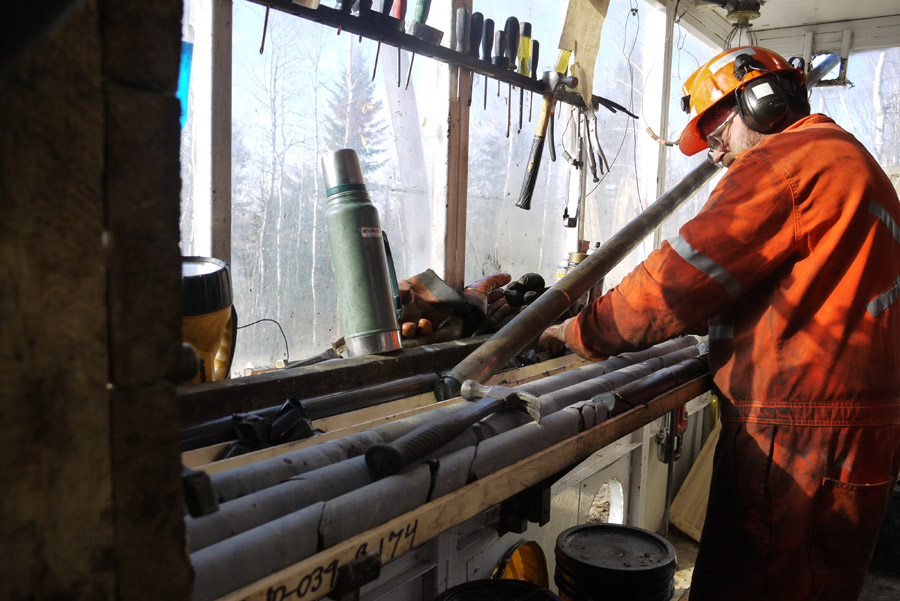 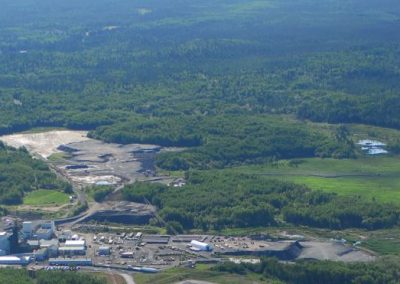