Toronto, Ontario – September 29, 2021 | Conquest Resources Limited (TSX-V: “CQR”) (“Conquest” or the “Company”) has completed 17 holes into 32 geophysical targets on its Belfast- TeckMag Project located approximately 50km east of Sudbury, Ontario. Bore Hole EM surveys are currently underway on the company’s VMS targets and should be completed this week. The company intends to follow up on the results from the surveys with additional drilling following the drilling of the balance of the remaining untested targets.

After a scheduled break by the drill contractor, Conquest will commence drilling on the IOCG targets in mid-October. The targets have a similar gravity and magnetic signatures to the Olympic Dam deposit in Australia which produces copper, uranium, silver and gold (Figure 1). The area hosting Conquest’s geophysical anomalies are geochemically anomalous with minor elements associated with IOCG deposits. 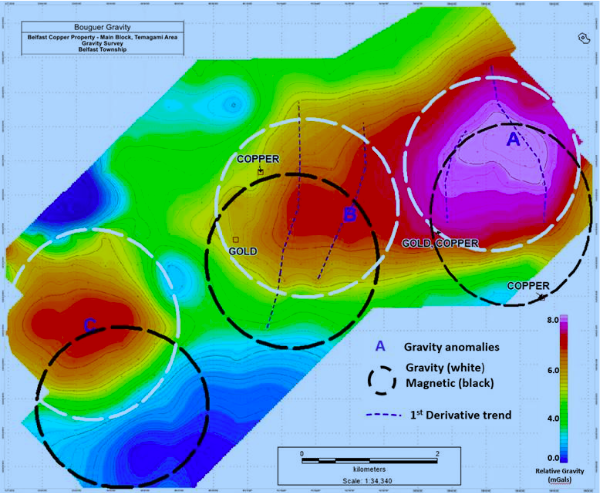 Conquest Resources is targeting high-grade Uranium deposits associated with veins and faults at or near the Archean-Proterozoic unconformity, and Proterozoic rift mafic intrusive Ni-Cu-Pge deposits near the unconformity south of Black Sturgeon Lake, in the Lake Nipigon Basin (LNB). In the LNB the most probable source area for uranium deposits associated with veins and faults that are proximal to the Proterozoic/Archean unconformity, is the granitoid and associated meta-sedimentary rocks of the Quetico Gneiss Belt (Figure 2). The Quetico Gneiss Belt’s signature is one of anomalously high uranium background levels, as identified from Ontario Geological Survey (Scott,1987) highlighting the similarities of the Athabasca basin and the Sibley Basin geological and structural histories. Building on the Athabasca Uranium exploration and Proterozoic rift related Pge-Ni-Cu deposits exploration models, Conquest is exploring the SW Lake Nipigon region in search for economic minerals deposits and employing extensive use of modern deep searching geophysical tools. Conquest will initiate exploration with a proof-of-concept drill program to discover this part of the Nipigon Rift system.

Conquest’s CEO Tom Obradovich commented, “It is our belief that exploration for larger more valuable mineral deposits or mineral camps in Canada requires expertise in looking at depth. I believe we have assembled a team of geophysical consultants and geologists that have already demonstrated proof of concept at our Belfast-TeckMag Project that can successfully apply their skills to the LNB.” 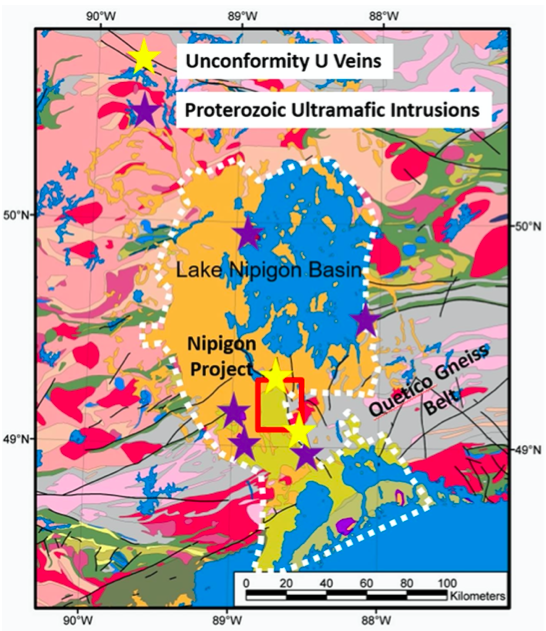 The technical content of this News Release has been reviewed and approved by Joerg Kleinboeck, P.Geo., a qualified person as defined in NI 43-10.

Mine, and subsequently doubled its land holdings in the Temagami Mining Camp through the staking of 588 mining cells, encompassing approximately 93 sq km., centered on Belfast Township, on the edge of the Temagami Magnetic Anomaly.

Conquest now controls over 350 sq km of underexplored territory, including the past producing Golden Rose Mine at Emerald Lake, in the Temagami Mining Camp.